Welcome to the Catholic Communities of Nativity of Our Lord Parish in Rhinelander, Wisconsin and St. John Parish in Pelican Lake, Wisconsin. We serve nearly 2000 people within our parishes and 200+ students at Nativity Catholic School.  We appreciate you celebrating with us in the beautiful Northwoods of Wisconsin 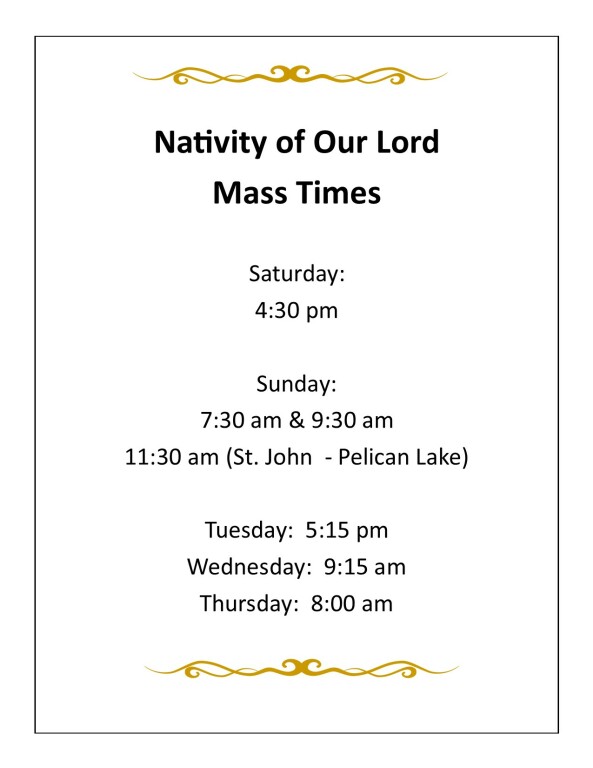 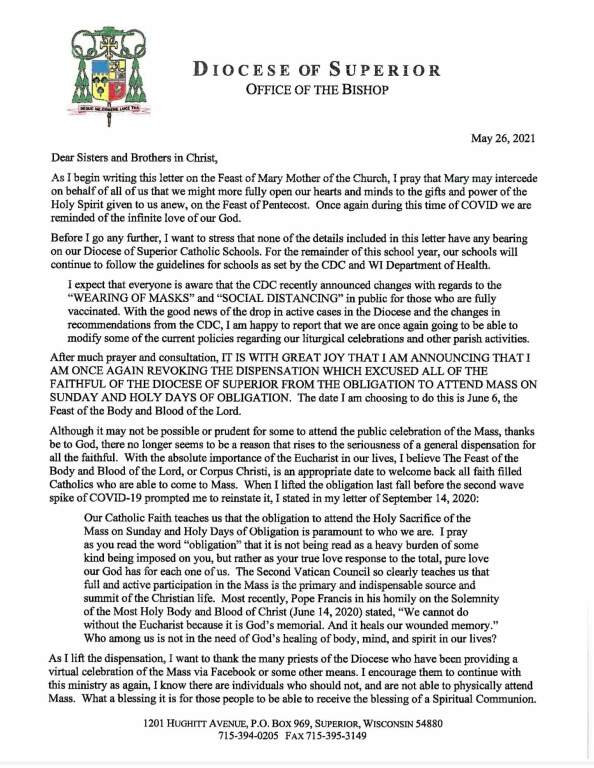 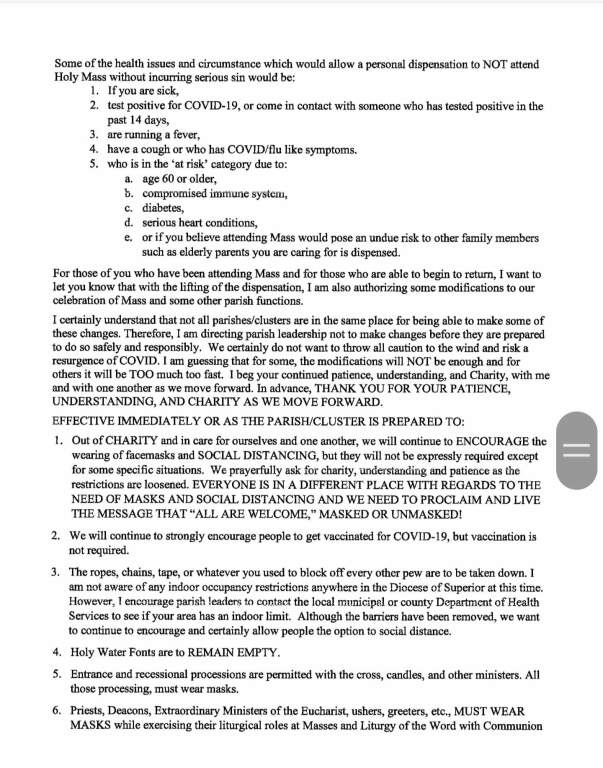 Nativity Cluster: Nativity of our Lord and St. John's Parishes

The chairman of the U.S. bishops' pro-life committee Dec. 1 urged Catholics, people of other faiths and all people of goodwill to unite in prayer that the U.S. Supreme Court will overturn Roe v. Wade in its eventual ruling on Mississippi's ban on most abortions after 15 weeks of pregnancy.

Directions to Nativity of Our Lord Church